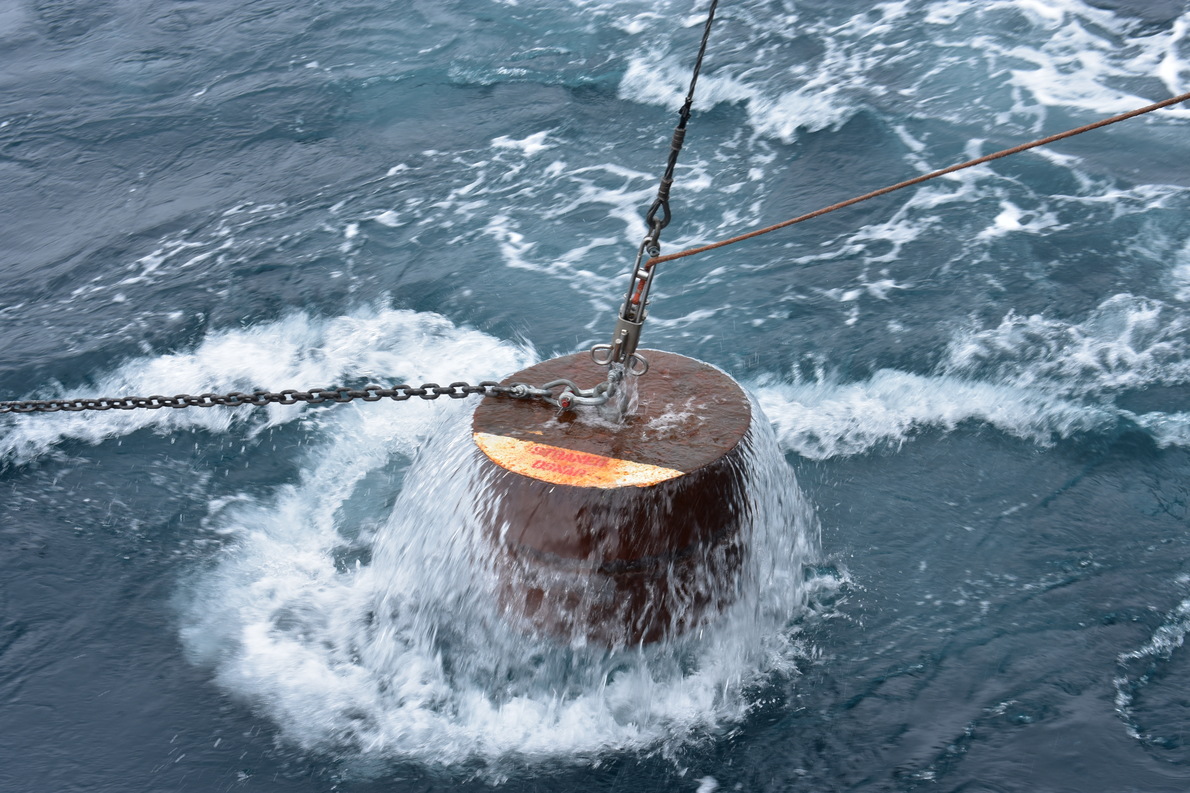 The ocean’s overturning circulation is a global system of currents that redistributes heat, oxygen, and carbon, and aids to stabilize the earth’s climate. In the subpolar North Atlantic, warm, salty tropical waters (red arrows) are transformed into cold, fresh deep waters (dark blue arrows) which fill the depths of the global oceans. Though there is a long standing hypothesis that the strength of the overturning circulation is tightly linked to changes in deep water formation, there are very limited ocean observations in the subpolar North Atlantic, particularly on the shelves of Greenland. The OSNAP array is a cross-basin observing system in the subpolar North Atlantic which consists of over 50 moorings and is reshaping our understanding of this critical region (Lozier, Li et al. 2019 Science <link>). The Straneo group is focused on the moorings southeast of Greenland, and we are particularly interested in the role of freshwater inputs from Greenland and the Arctic in the overturning circulation (Le Bras et al. 2018 JGR:Oceans <link>).